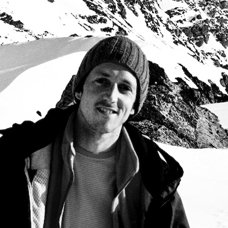 Yoann Ségalen lives and works in Bayonne. He began a photographic work directed towards surfing about ten years ago. With an initial penchant for photos featuring the surfer and the landscape in which he evolves, he then became interested in the movement and the aesthetics released by the surfer's maneuvers themselves, the photographic frame then tightening gradually. around the only action. Collaborating regularly with the specialized media, he now starts new productions by starting a work of aquatic shots.