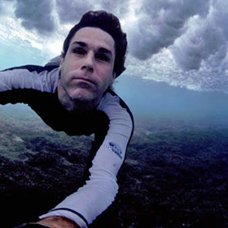 Arguably the most widely published photographer working out of the Caribbean, Steve Fitzpatrick’s passion for capturing the very genuine surf culture of the island of Puerto Rico has been unrivaled over the past two decades. His dynamic watershots, alluring lineups, revealing portraits, and straightforward lifestyle images have made his name synonymous with exceptional surf imagery coming from the island, and have illustrated the pages of most of the world’s major surf media publications, both in print and online, including among others, SURFER, Surfing, ESM, The Surfer’s Path, The Surfer’s Journal, Surf Europe, Australian Surfing Life, Australian Surfing World, Tracks, Surfline, and ESPN.com. His singular pursuit of the A-list surf image has taken him all over Puerto Rico, and the globe, and has garnered him a reputation as one of the world’s top working surf photographers. In January of 2009 Steve was voted “Photographer of the Year” for 2008 by Eastern Surf Magazine for his death defying coverage of that year’s Swell of the Century when he captured images of island locals riding massive 40 foot waves at Tres Palmas while negotiating the lineup on an Uli inflatable surfboard.