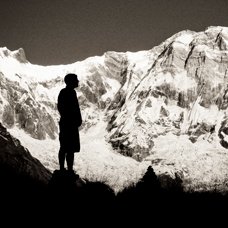 Born in the city of Zaragoza, in northern Spain, and close to his loved mountains of the Pirynees, Carlos got into photography at the age of 18 when his dad lent him an old Nikon camera. He started shooting snowboarding and everything around him and straight away felt that this was going to be his way, still using the old Nikon and still shooting analog, things have been a long way for him already, but It was not until the past few years, when moving and settling in Innsbruck, Austria, that he realized about the potential and chances that he could get out there. Since then, things have been going on its own way, building up a path that is bringing him into a lifestyle he enjoys at his best, now more than ever. Taking nowadays the photos that really likes an trying his best to enjoy every thing that this "lifestlyle" brings to him, still on the way, but making up a great life, which is actually one of the best things you can do.