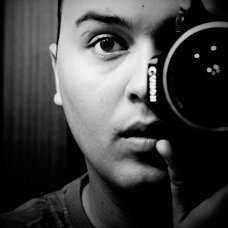 Jaider grew up near Aviles, an industrial city in the Asturias, on the north coast of Spain. Even though he lived ten kms from the sea, he turned his back to it until the age of twenty, When he began to surf. At that moment he came across a camera almost by chance.

He immediately began to transmit everything that really impressed him; the force of the “Cantabrico” during winter storms, the evenings’ light on the beach, the perfect lines reaching to the beach.

His portfolio is a resume of epic sessions; of little moments that drew his attention, as well as that of big local surfers. This is the fruit from the numerous hours dedicated to the shoot, on the beach of course, but there are also car trips to find the right spot.

He does not show either exotic destinations or professional surfers. With his photos he simply presents a portrait within which he lives and surfs.  His work is “a declaration of admiration and passion “ for the ocean and the surf, a way to get closer.